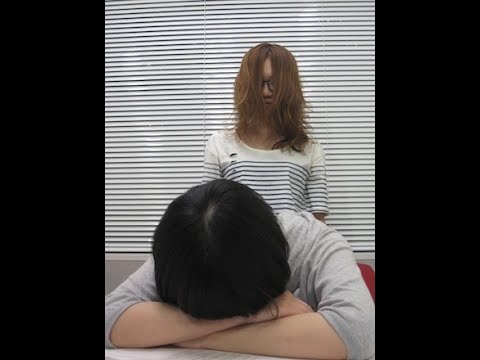 The true horror story is the price of that cardigan.

Notes
———–
Even though love is selfish, I will never hurt you. –
A song by Rock duo B’z


3.. 4! – In Fukuoka, when a group of people start doing something together, they’ll say “san nou gaa hai!”. For people from other prefectures, it’s similar to “ichi, nino, san!” (“One, two, three!”), so why do they start off with “three”? It’s basically a mystery. But when people sing it’s not uncommon to start off with “San, hai!”. This is because in a 4/4 time signature people will count the first measure as “1, 2, 3, hai!” to set the rhythm, which is where “san, hai!” came from. Based on this, the changed meaning has become widespread in Fukuoka

Kaseifu no Mita – japanese drama series. The story revolves around a family who is grieving over their mother’s recent death. They hired Mita as a housekeeper to upkeep the house, which has been thrown into disarray.

Otoko no musume – In contemporary Japanese culture, otokonoko (男の娘 Otoko no ko, “male daughter” or “male girl”), or otoko no musume, are men who cross-dress as women.
https://en.wikipedia.org/wiki/Otokonoko