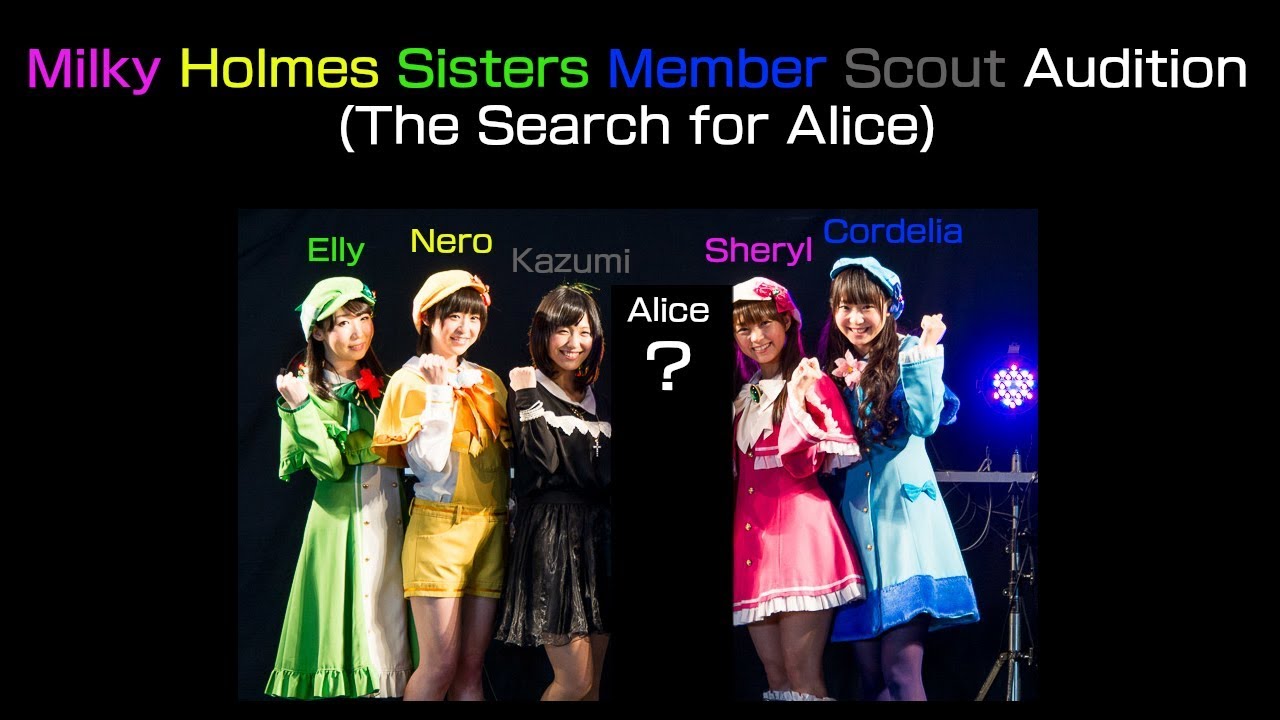 Aimi and Ayasa formed the group Feathers, who became the protagonists of the third season. Their partnership continued to flourish in BanG Dream!’s Poppin’Party.

In 2010, Aimi lost the Elly audition but was afterwards offered the Kazumi role. Similar to Aimi, Rimi might have lost this Alice audition but she got a role in another capacity (seeing everyone confuse bass and guitar is hilarious though). One might even go as far as to say that Rimi’s performance, along with Aimi’s momentous guitar performance for [email protected] in 2014, inspired the idea of instrument-playing seiyuus and paved the way for the birth of the franchise.

Also playing a key role to the success of Bandori is the quartet of Milky Holmes. They’ve been senpais to three of the five Popipa members even before Bandori was a thing. As we all know, Glitter☆Green is their alter-ego in the Bandori universe. They’re senpais to Poppin’Party, inside and outside their characters. The names of Popipa’s Kasumi and Arisa pay homage to the Feathers duo of Kazumi and Alice, played by the same people in two different franchises. This is yet another instance where the 2D and 3D of Bandori are meshed together inextricably.

Other than that, it’s really nice to watch Ayasa grow by leaps and bounds since her debut 🙂