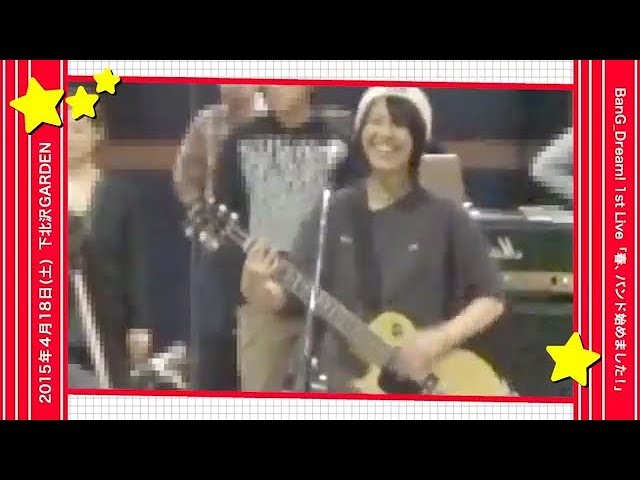 The first ever video in Bandori history! This was released on the newly created official Bandori channel exactly one week before their 1st Live on 2015-04-18 held at Shimokitazawa GARDEN. To the best of my knowledge, no footage from the 1st Live is available. (Edit: This is wrong. I’ve found some clips of it!)

Nishimoto Rimi and Itou Ayasa, who were to join Aimi at the Live, were not revealed to the public yet.

At 0:00 and 0:36 you can hear some variation of the first original Bandori song Yes! Bang_Dream! which was also kept secret until Aimin, Rimirin, and Ayasa-chan performed it during the Live.

Oh and we also got a sneak peek of Kasumi’s legendary Random Star!