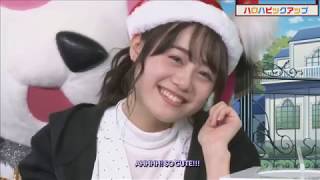 Everyone wants to get closer to Amita

Mikku and her cute little niece

Kind of late since Christmas has already passed. But this was too good to not sub.
A typo at 5:16, it’s suppose to be “shouldn’t” instead of “should”.
Original stream: https://youtu.be/hM0vhDGFXaQ
From Dec. 18, 2018 HaroHapi CiRCLE Episode 20

I used 2 separate shades of pinkish(?) purple for Michelle and Moyochi, for parts when Moyochi spoke kind of out of character more as herself than Michelle.
There were some parts that I couldn’t really hear clearly because few of them were all talking at once, especially at the end segment, but I don’t think that was too important.

As always if you find any wrong translations and know a more correct translation (still learning japanese), feel free to comment. And I tend to use a lot of slang/casual language in my translation.